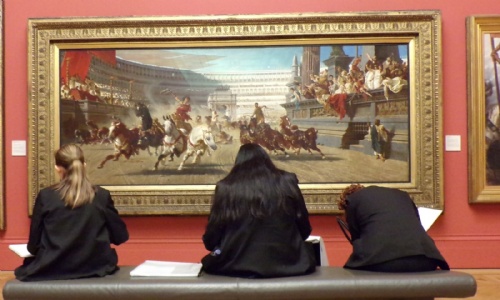 They spent nearly two hours drawing from famous Victorian, Pre-Raphaelite and Lowry masterpieces, as well as other 20th-century paintings and sculpture.  Whilst they were there, they discovered some curious secret features in the artworks: for example, the smiley faces hidden in a 17th century Italian sculpture, and a ghost watching the Chariot Race. 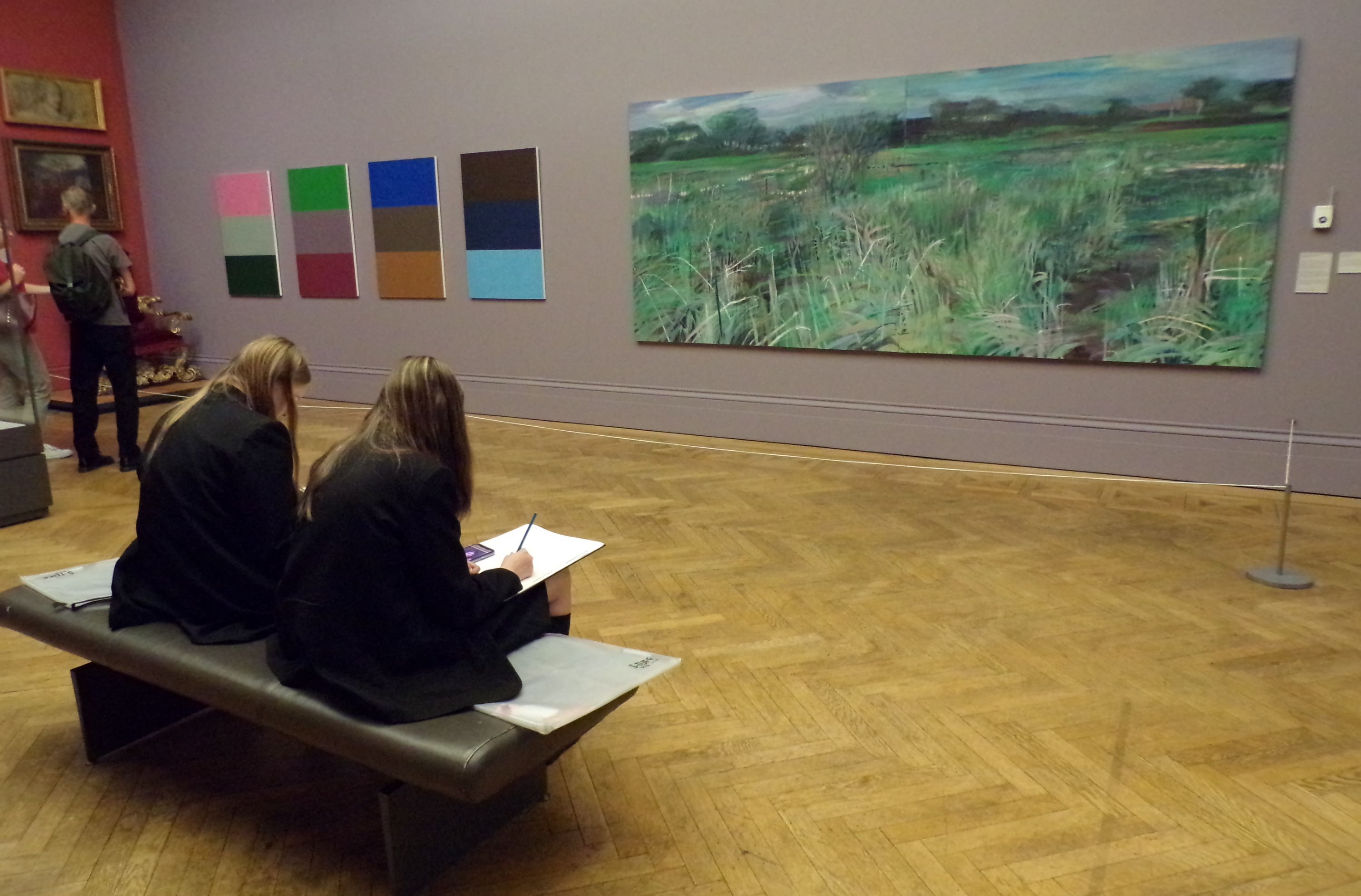